The media is full of reports on the progress of the trial. Search “Syncrude dead ducks trial” for updates.

Interesting that the trial of the Syncrude dead ducks case will be held in St.Albert where council – rejecting the support of the Province and Altalink – has decided not share relocation cost of a high power transmission line which has been killing hundreds of migratory birds for years. – Elke 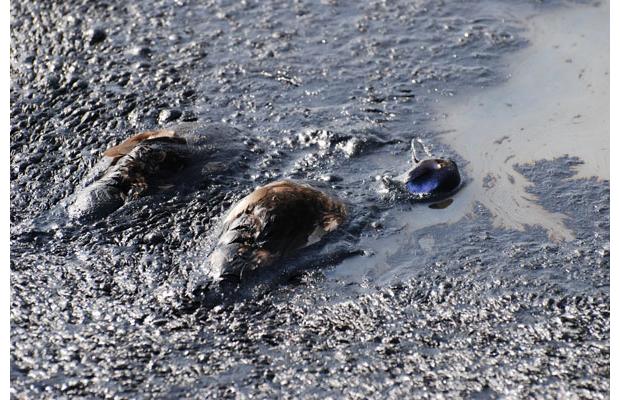 Great timing: as the Syncrude dead duck trial is entering its 7th week, according to a recent CBC story, “Canadian National Resources Ltd Horizon project north of Fort McMurray” has been nominated for an Emerald Challenge Award for their effective migratory bird deterrent program. It includes a 3-km radius radar system like the one used at the Calgary International Airport. As soon as it detects birds in within that radius, noise guns are deployed. Since all the tar sands companies share information, one must wonder why Syncrude is not using a similar system.

Syncrude Canada Ltd. Charged For Migratory Bird Deaths
Feburary 9, 2009, from the Office of the Minister of the Environment

Syncrude cannot duck from charges in death of 500 waterfowl
January 7, 2009